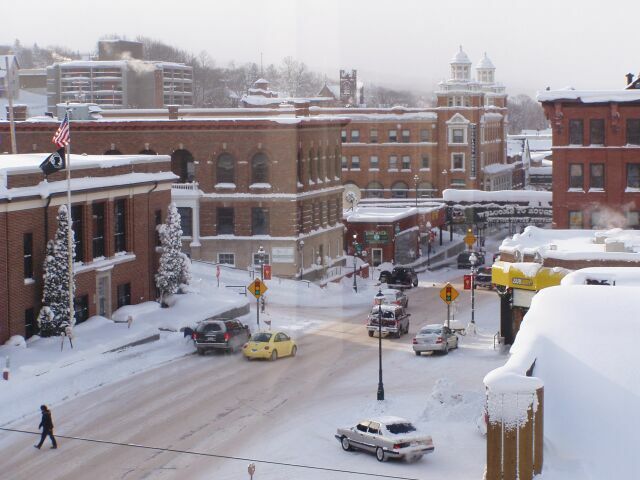 neigh·bor·hood/ˈnābərˌho͝od/ the area surrounding a particular place, person, or object.

Today I am thinking of neighborhood more like community; we tend to think of neighborhood as a physical place, and community as a group. With more of us spending so much time online while also being isolated from many of our physical neighbors, I think neighborhood has to become closer to community – possibly found online – just for the sake of our mental health.

At least I’m going to imagine it as such for the time being.

My writing neighborhood began when I was working on my MFA in writing.

The head of my writing program was John Smolens. When I was studying with John he had started a multi-book deal with Pegasus.

John of course had writing friends, and he brought some of them to visit us, so that this small, somewhat isolated Michigan university became a literary hotbed for a while.

There was the son of his dear friend, Andre Dubus, who John affectionately called Little Andre. At that time, Andre had been featured on the Oprah show for his novel The House of Sand and Fog.

There was fellow Michigan writer Mitch Albom, who had recently released The Five People You Meet in Heaven.

Then there were the distinguished women.

Joyce Sutphen, poet laureate of Minnesota. She had recently released Coming Back to the Body, a deceptive book – thin and unimposing, but sweet, powerful, and aching moments all crowded the pages.

Joy Harjo, who I was so in awe of. At the time A Map to the Next World had recently been released and I felt like a little kid asking her to sign my copy.

Jim Harrison stopped in and told us about his experience filming Legends of the Fall. He said Hollywood would pay well to screw you over. He recommended taking the money.

I follow several women writers who I feel are either neighbors or are neighbor adjacent. We belong to shared book clubs and I’ve chosen to support their independent bookstores. Okay, not really neighbors but potential writing acquaintances.

Jenny Lawson, aka The Bloggess. I started following Jenny’s blog way back. Her first book, Let’s Pretend This Never Happened made me laugh-pee and almost cry. Her current book, Broken in the Best Possible Way; read near a restroom because you will laugh that hard, but have tissue because you’ll also cry.

Jenny’s Nowhere Bookshop is home to the Fantastic Strangling Book of The Month Club, with an array of books picked by Jenny, and discussed online through writing. Because this is a book club for people who may not be comfortable speaking to strangers.

Neighbors from the old Neighborhood

I have other writers in my neighborhood. Some are better known than others. My friend Marty Achatz was in the same writing program I was in with John Smolens. Marty has been Poet Laureate of the Upper Peninsula of Michigan, twice, has a book of poems, and has been blogging for about 12 years. Marty is a gifted writer and performer and he deserves a bigger stage.

Then there’s my friend from grad school (PhD) who has worked her a** off to get the success she has. So much talent, so much pain survived. Roxane Gay is an amazing human and I feel blessed to have spent time with her before the world discovered how incredible she is. I imagine it might have felt similar to have been one of the early listeners to the Beatles, before they’d left the neighborhood, but you just knew they were going to change the scene. Roxane is changing the scene. (And she has a book club!)

Finally, I am developing entirely new writing neighborhoods through a craft writing group I belong to P2P (Pitch to Published), and a genre writing association, Sisters in Crime.

We are all surrounded by writing neighborhoods and can choose to join communities of folx who share our interests. If you are a writer, you should be a reader, a supporter of your fellow writers. I challenge you to pause for a few minutes and think, who are some of the great writers you already know? Who can you tune into (writers are enjoying podcasting), who can you welcome to your neighborhood?